As I mentioned before, I have jumped on the KAL bandwagon and started the Mystery Shawlette by WendyKnits. So far, it is one of the most fun things I have knitted! There’s just something about knitting something that’s a mystery. She only gives pieces of the pattern every week, and you have no idea what the finished product will really look like until you’re done and it’s blocked. It’s like putting together a puzzle, but without the box to look at the picture.

Here’s what I had at the end of the first chart: 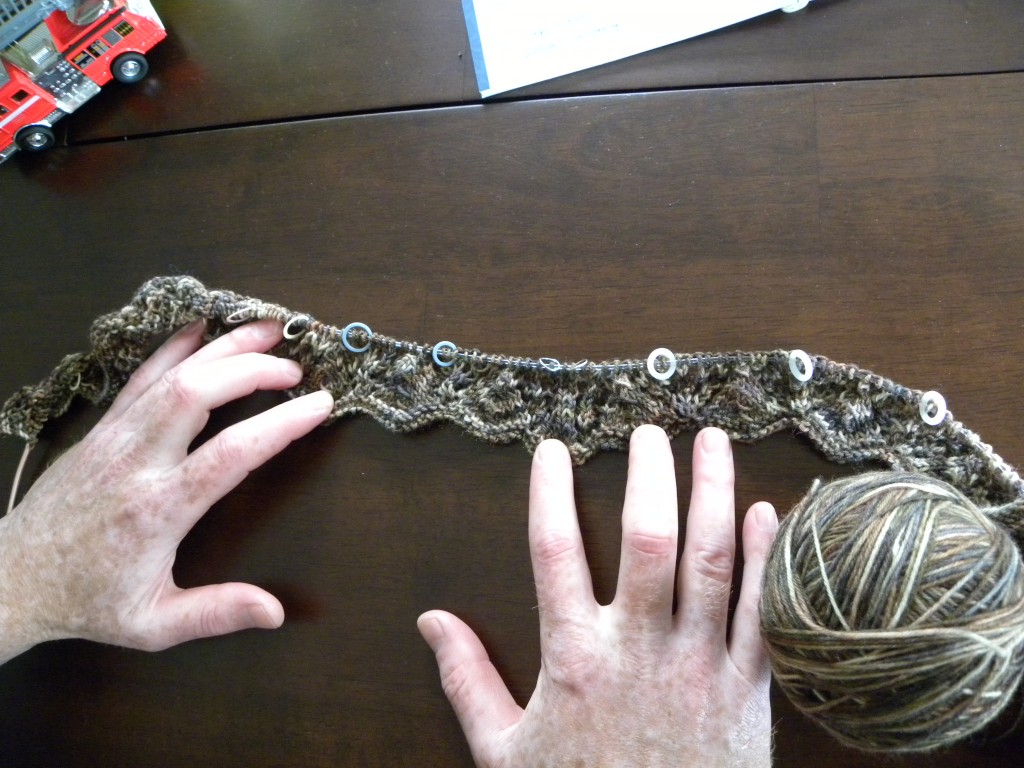 Mike was kind enough to hold it down so you could get an idea of what I have so far. i’m loving the yarn; it’s Araucania Ranco Multy. Wendy suggested not using something too variegated, so that the pattern would be easier to see, but I don’t think this will be too bad. The yarn is a pleasure to knit with, and the pattern is easy and knits up super fast. And the coolest thing is that there are a bunch of knitters knitting this same thing right now along with me, my sister included! So when you have questions or just want to see what other people are saying about it, you can go to Ravelry and look at the worldwide conversation going on, and feel like you’re knitting with friends. I think I might have to find more Mystery Knit ALongs after I finish this one.

I’m almost done with Part 2, so I’ll be posting that as soon as I finish!