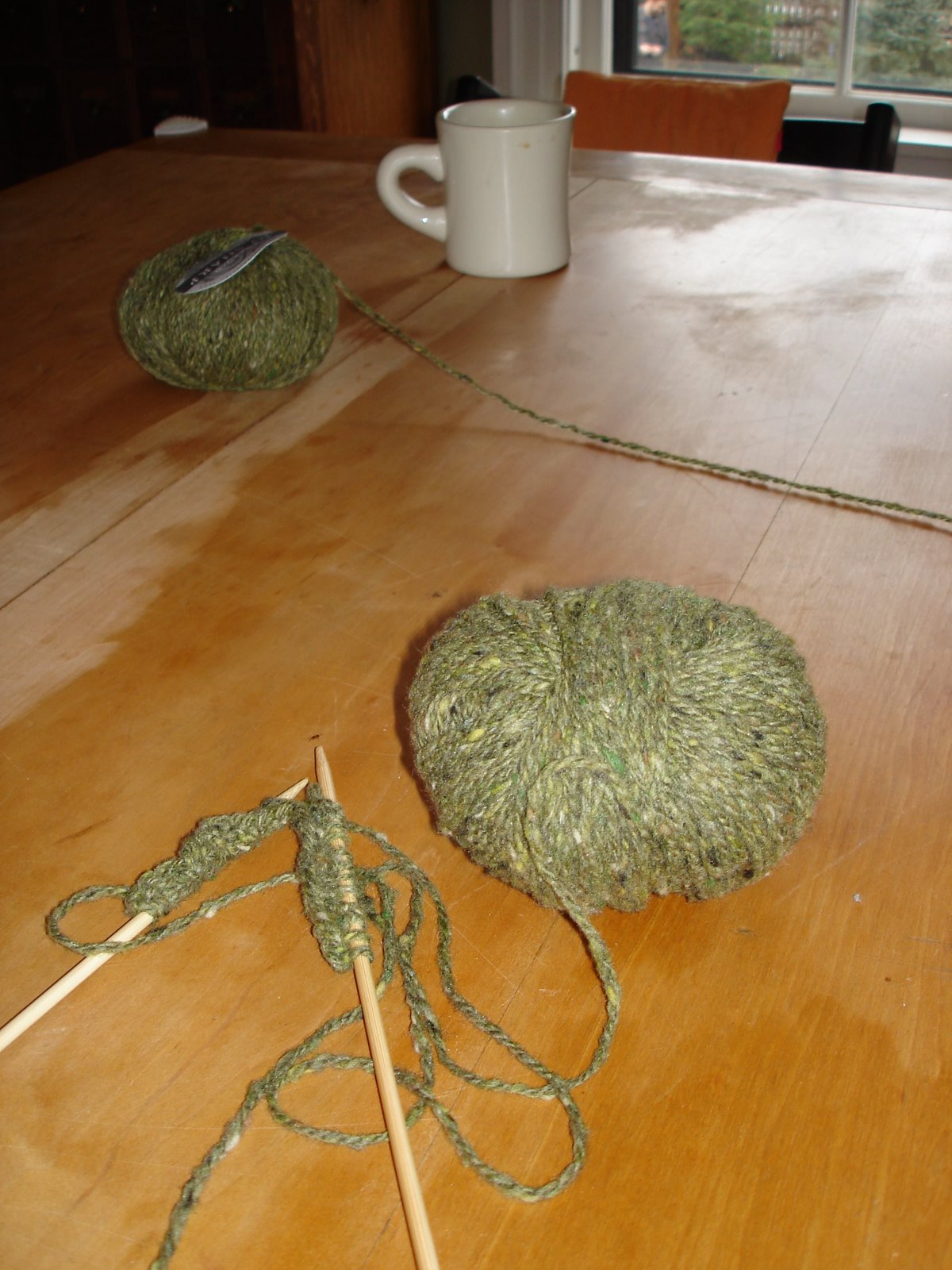 After breakfast the boys played together (sort of) and then the men took them outside to play so Maiya could get a quick refresher course on her knitting.  Maiya and i learned to knit on the same weekend, by different teachers. We found out weeks later that we had both learned how to knit…total coincidence. We also gave birth to our boys one day apart and met at the pediatrician’s office. Our lives seem to parallel each other in so many ways HOWEVER….Maiya made a big mistake. I started my first project as a scarf…Maiya decided her first thing that she would ever knit was going to be a sweater!!!! Well, guess who got overwhelmed and stopped knitting? But now i think we’ve got her back on track and she’s making a hat with the most gorgeous yarn….see? And by the way, Tim liked his birthday hat!

My favorite scarf is useless