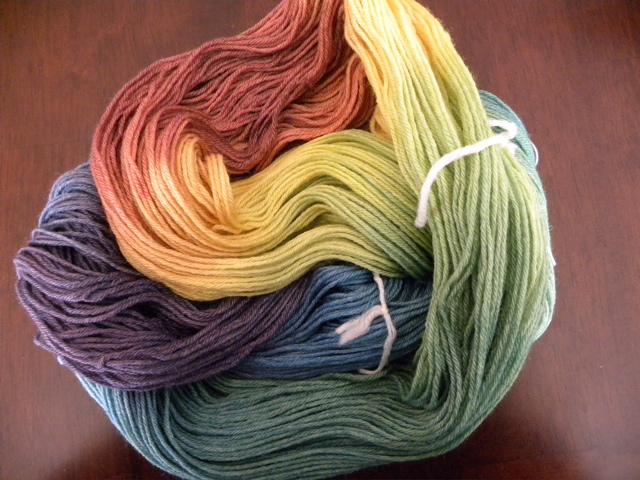 I know. I’m not a rainbow kind of girl. But I just had to try. And I kinda like it, even if it’s not really me. 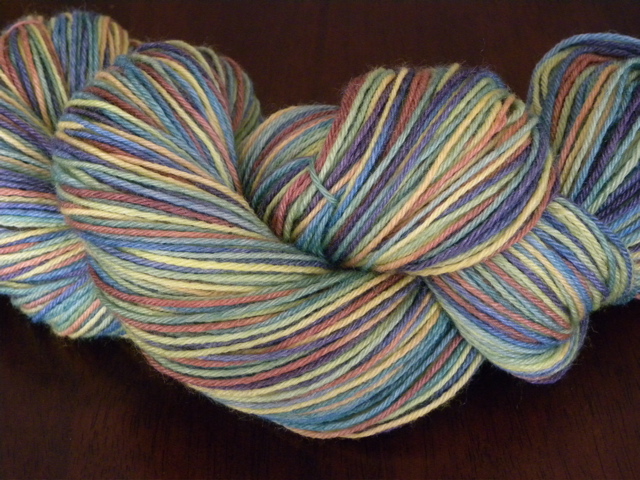 So I only have 2 skeins left to dye. I’m hoping to open my Etsy shop in early January. Now, I must get back to the Bella Mittens…only one half a mitten to go!

Christmas is right around the corner. I started with a fairly good sized list of presents to knit. As of this morning, I have one more to go.  Take a look at the #105 Slouchy 2-Way Cabled Hat. It’s a forgettable name for an unforgettable hat. 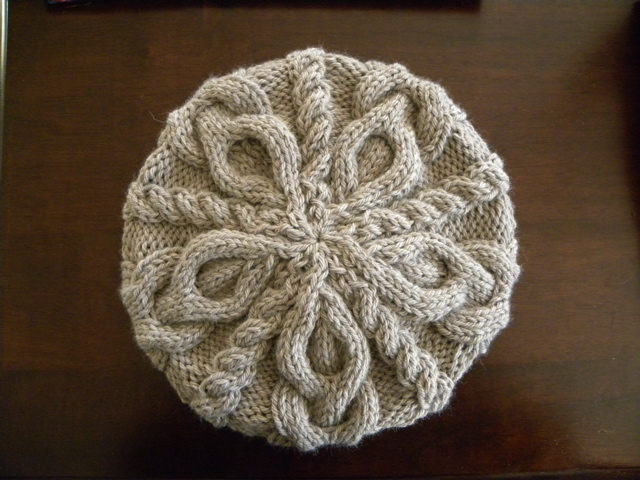 It can be worn slouchy, like shown here on my 4 year old (wearing rock star pajamas and playing guitar): 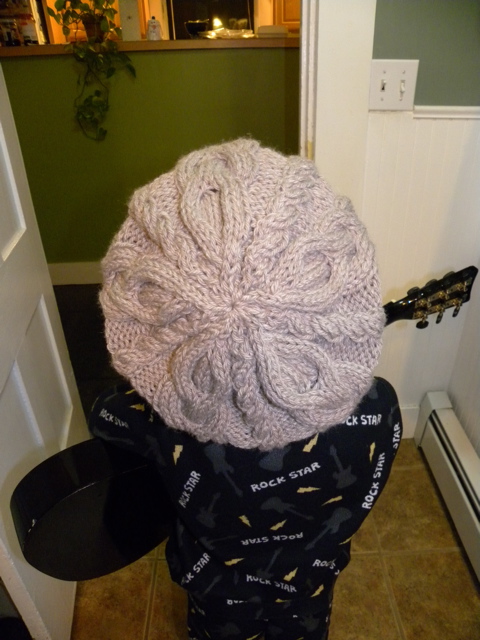 Or it can be worn as a brimmed hat, which is my preferable way of wearing hats: 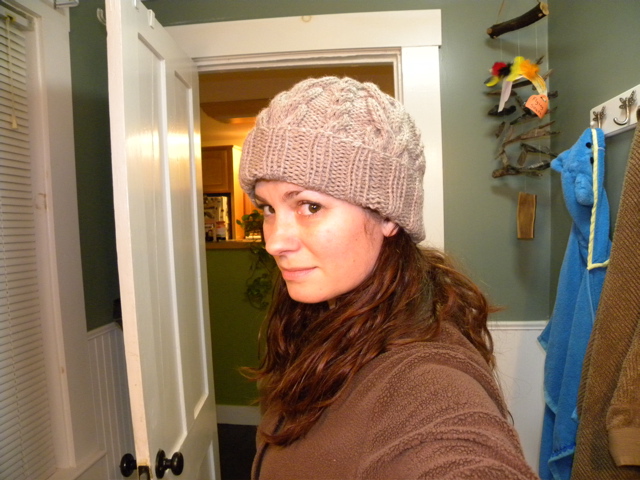 It was super fast and easy to make. I used size 10 and 1/2 needles as per the instructions, and if I were to make it again, I think I’d use size 10’s. Also, it did not require anything close to the amount of yarn the pattern calls for. I bought 3 skeins, thinking 2 skeins would not be quite enough and I better play it safe, but I actually only used just over one skein. And I have enough yarn left over to make another one, maybe for me! 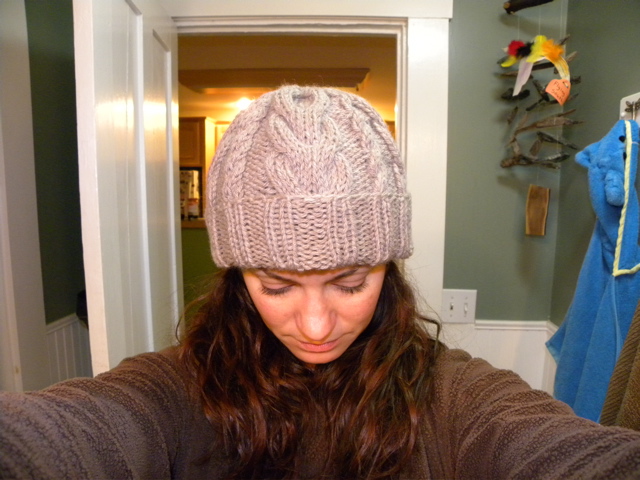 See how it seems just the tiniest bit too thick…at least it seems that way on me. I will not say who this is for, but I think they’ll like it.

The second finished present is another 2×2 Ribbed For His Pleasure hat. Made for another friend, who will not be named. This is the one I actually dyed all the yarn for. Remember this yarn? 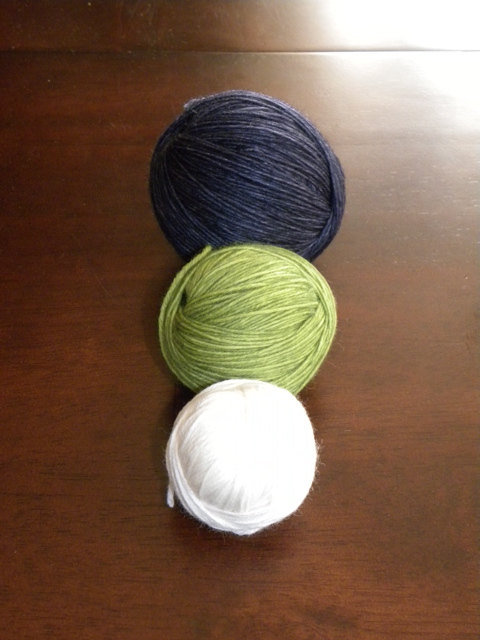 It has magically turned into this hat: 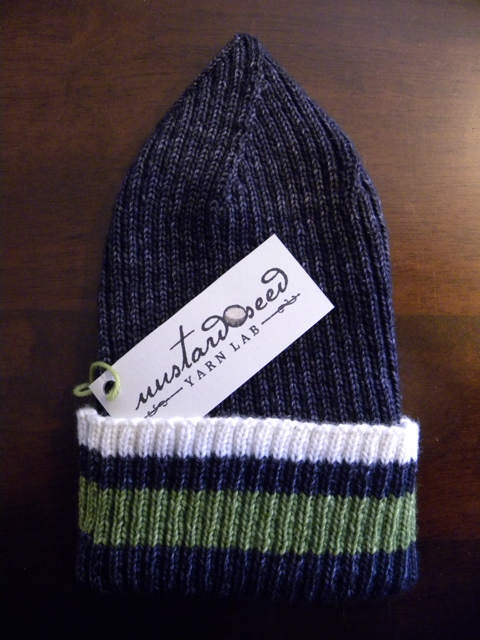 I love it. I know it looks a little pointy at the top, but when you put it on, it smoothes right out. 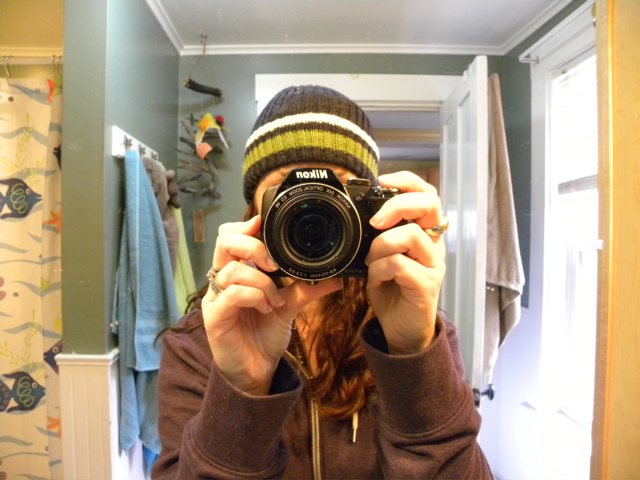 And last, a picture of my cutie and this year’s tree. 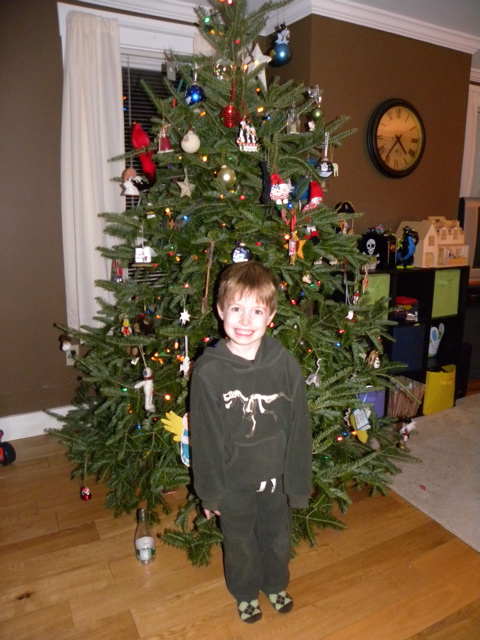 Bella mittens, NOW it’s finally your turn. Yes people, that’s what goes onto the needles tonight. The last present. Can I finish it in time? We’ll see…… 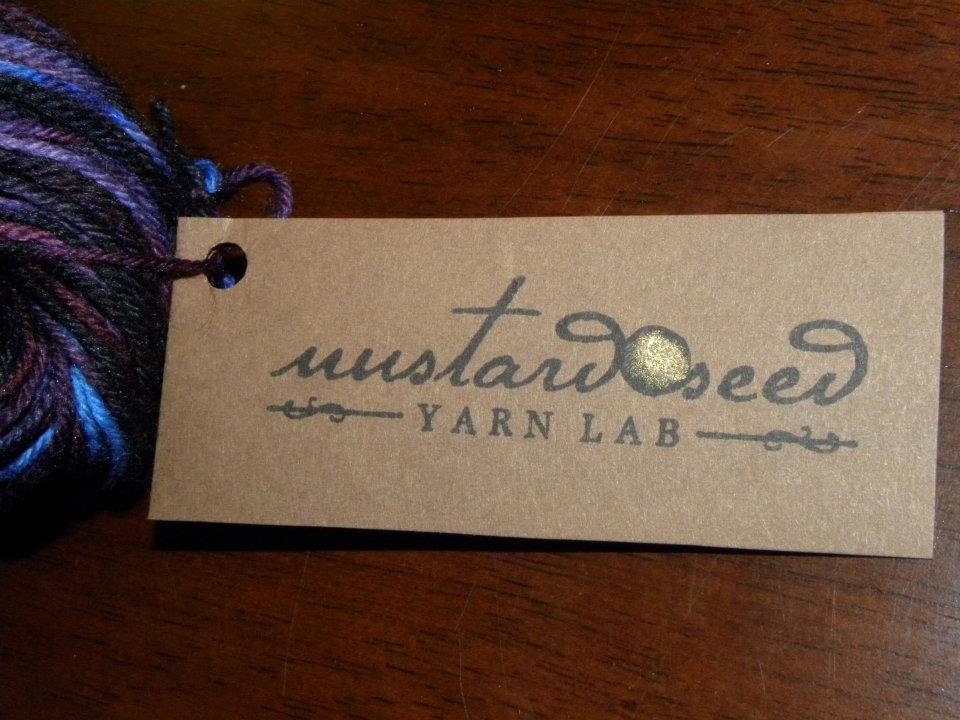